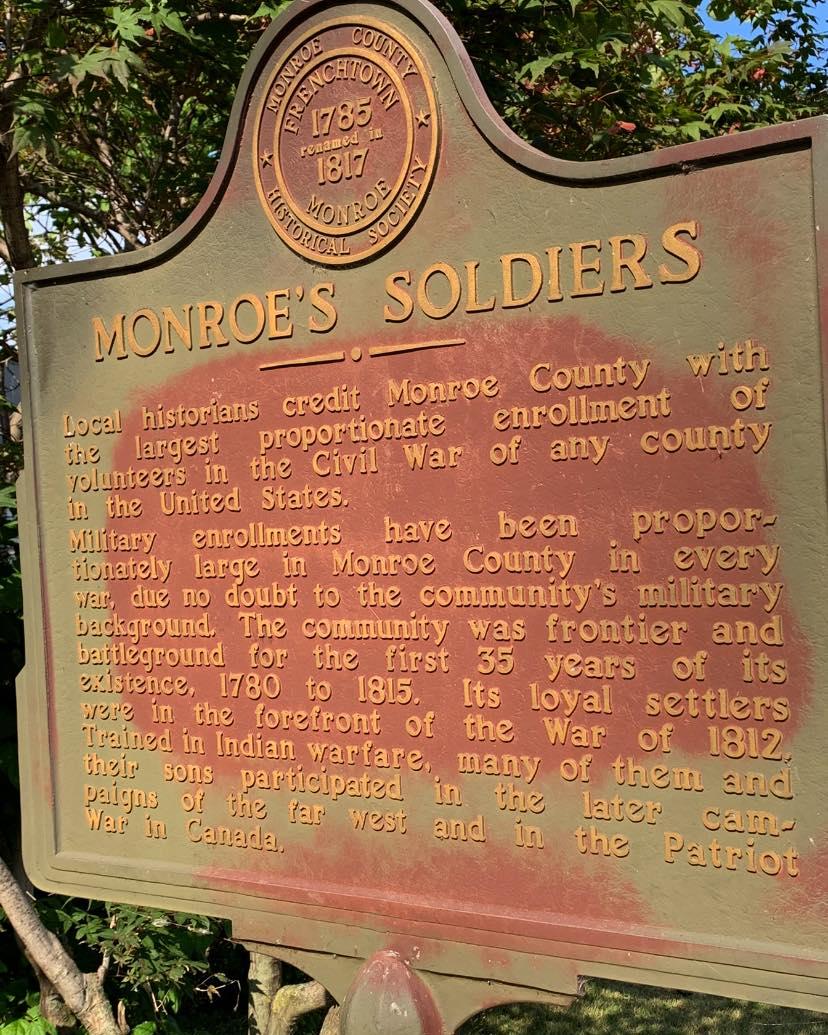 "Local historians credit Monroe County with the largest proportionate enrollment of volunteers in the Civil War of any county in the United States.

Military enrollments have been proportionately large in Monroe County in every war, due no doubt to the community's military background. The community was frontier and battleground for the first 35 years of its existence, 1780 to 1815. Its loyal settlers were in the forefront of the war of 1812. Trained in Indian warfare, many of them and their sons participated in the later campaigns of the far west and in the Patriot War in Canada."